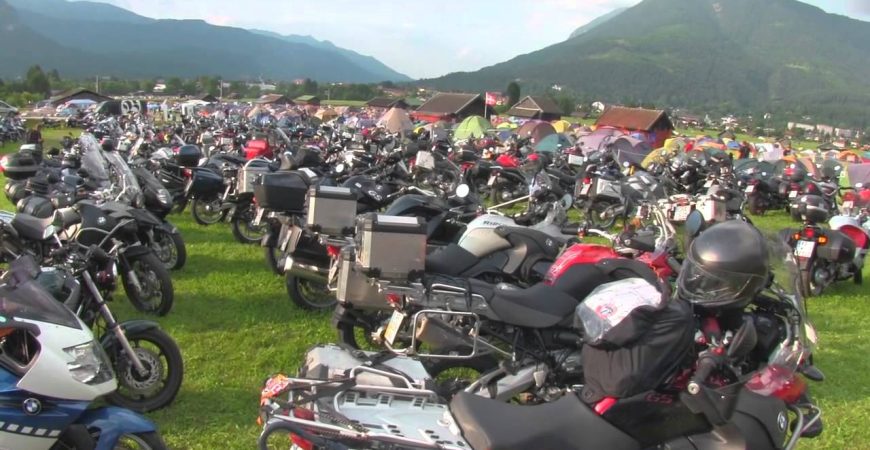 This will most likely be the highlight of our bike year, and we are counting the days. We’ll be there with the whole MOTO-MATE team, means, even our security staff is with us. If you see somebody in a MOTO-MATE T-shirt, and a Weimaraner, that’s us! It is our first time there. Let us know if you have been, whether you plan to go, and maybe see you there!

What’s going on there?

There’s live music and action-packed shows, current bikes and numerous world debuts which is part of the reason for the around 40,000 visitors to visit the city of Garmisch-Partenkirchen near the Zugspitze. And these are not just BMW Motorrad fans, riders of motorcycles of all brands come to experience this great event weekend – it’s made for friends, families, and all friends of any kind of motorcycle, not only the adventure bike community.

I’m really keen to see a lot of dashcam and auxiliary light installations on all your bikes, not to mention the Soundbomb. But with 40,000 bikers around, we should probably aim to not use the Soundbomb too often… (although it has such a great effect, doesn’t it?)

Some handy words when out there:

A trip to the Zugspitze (Germany’s highest mountain with 2,962m)

The ideal ticket in our opinion. It includes one mountain ascent and descent, and the good thing is that you can chose whether you want to take the train or cable car, either up or down. The cogwheel train stops at the Zugspitze plateau, and the ride on the Gletscherbahn up to the top of the mountain is included too. You can use the Gletscherbahn cable car as often you like on during your visit that day.

The cog railway will start from the Zugspitze station (Zugspitzbahnhof Garmisch-Partenkirchen, Olympiastr. 27, 82467 Garmisch-Partenkirchen). It takes about 45 min to the platform on the mountain from where you can change to into the Gletscherbahn to get to the top. It is a great way to get up the mountain as it is the traditional way, however, the train often goes through tunnels and you won’t see that much from the beautiful surrounding.

The cable car takes only 10 min up the mountain. But expect both to be super busy that weekend. Good news is that you can prebook your ticket. Bad news is, you can’t prebook it for a certain time. The cable car comes down at a different location but you take the train from there to get youn back the 2 stations should you have taken the cogwheel train to get back to Garmisch.

The first cog railway to Zugspitze extends at 8:15 AM from the Eibsee. The last ride on the cog railway from the Zugspitze Eibsee is possible at 16:30. The cable car Zugspitze runs from 8:30 (first ascent) to 16:15 (last descent) every half hour for the full and half hour. The ride with the Zugspitze Cable Car takes just 10 minutes.

Between Glacier train between the Zugspitze peak and the Zugspitze glacier runs regularly during the operating hours of the cog railway and cable car Zugspitze. It’s only 4 minutes.

All timetables , prices and all the information of both the cog railway and the new cable car to the Zugspitze can be found in the pages of the Bavarian Zugspitze Railway. 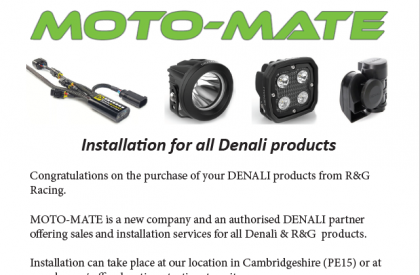 Offering our Installations at the MotorcycleLive at the NEC

It’s like an annual pilgrimage, isn’t it. Can’t wait to see the new stuff at the Motorcycle Show this year[...] 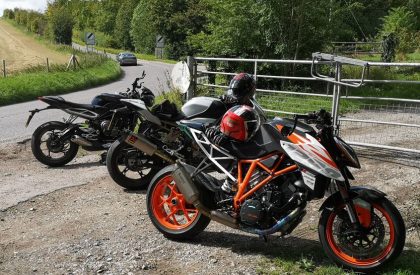 A day off playing on 3 great bikes – does life get any better? 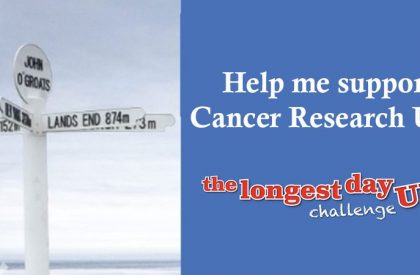 The Long Day Up Challenge – Part I

OK, it's time to get the begging bowl out! To all MOTO-MATE customers, wanna-be customers, friends, enemies, you name it![...] Cameras for Motorcycling only!

We are now an official Innovv UK reseller and installer partner! So look no further, there are many camera systems[...] 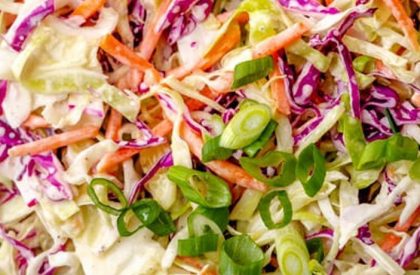 The tasty ending of an INNOVV C5 installation

We count ourselves unbelievably lucky as we seem to have the most amazing customers on earth. You lot are absolutely[...]